The Science of Silence

How The Audiens Tinnitus Pill works:

Every ingredient in the Tinnitus Pill has been carefully chosen based on its ability to help reduce the symptoms of tinnitus.

When used alone in medical studies, some of the ingredients have had varying degrees of effectiveness ranging from very effective (and statistically significant) through to inconclusive. This has led many people to research a single supplement – for example Ginkgo Biloba, and assume that because it didn’t work for every test subject it would also be ineffective for them. This is often a wrong assumption to make as any ingredient used in isolation is unlikely to be completely effective.

Where conventional and homeopathic medicine agree, is that you often need the right ingredients in the right quantities for a remedy to be effective.

Many conventional medicines including household names such as Aspirin, had their beginnings as plant extracts. They failed to be widely effective until they were combined with other ingredients to make the more stable and consistent products we know today.

Similarly, we only really see the benefits of the ingredients in the Tinnitus Pill when they are all taken in the right quantities at the same time. Together, they create a powerful coordinated attack on the symptoms of tinnitus that wouldn’t be possible when they are taken alone.

Poorly functioning and damaged auditory nerves are one of the primary causes of both subjective tinnitus and sensorineural hearing loss. When the nerves in the inner ear are damaged, they send phantom signals down the ear-nerve to the hearing part of the brain. The brain interprets these signals as noise.

The Tinnitus Pill addresses this problem by optimizing the inner ear nerves, using high doses of antioxidants to help repair the damage caused by free radicals and other toxins. Some of our users have also reported improvement in their hearing loss too as a result of taking the supplement. 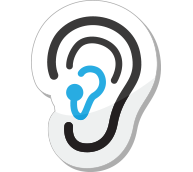 Inflammation is the body's natural response to tissue damage. It can often be a good thing however, when your body is in a state of chronic inflammation problems arise.

One of the most common causes of tinnitus is due to inflammation and poor circulation within the inner ear. When the body is chronically inflamed, inflammatory mediating prostaglandins are secreted in high amounts. This is most commonly caused by a toxic and deficient diet or lifestyle.

The Tinnitus pill contains Ginkgo Biloba and Bromelain that together assist in increasing blood flow, helping your body naturally fight the inflammation. Bromelain is also a key ingredient in making Quercetin (a powerful antioxidant also included in this supplement) more easily absorbed by your digestive system. 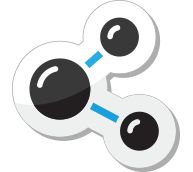 Lack of sleep affects different people in different ways, but the end result is always negative. For some suffers, the humming, ringing or buzzing can cause problems getting to sleep and staying asleep. For others, the anxiety of knowing you’re unlikely to immediately fall asleep starts a vicious cycle that can never end well.

The Tinnitus Pill contains Melatonin, a hormone produced naturally by your body designed to help you fall asleep. (Ironically, lack of sleep causes stress and stress limits your body’s production of Melatonin. This is where the idea of being 'overtired' comes from).

By replacing and supplementing your natural supply of Melatonin, The Tinnitus Pill works to ensure that you have a full and complete night’s sleep. This is known to be one of the most effective natural solutions in dealing with the anxiety and depression that some suffers experience.

Melatonin is also an antioxidant. As well as helping your natural sleep, it also assists the other ingredients in the Tinnitus Pill to help fight any underlying infection. 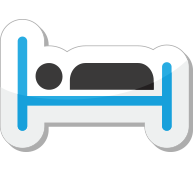 Scientific and Medical Research behind the ingredients in the Tinnitus Pill